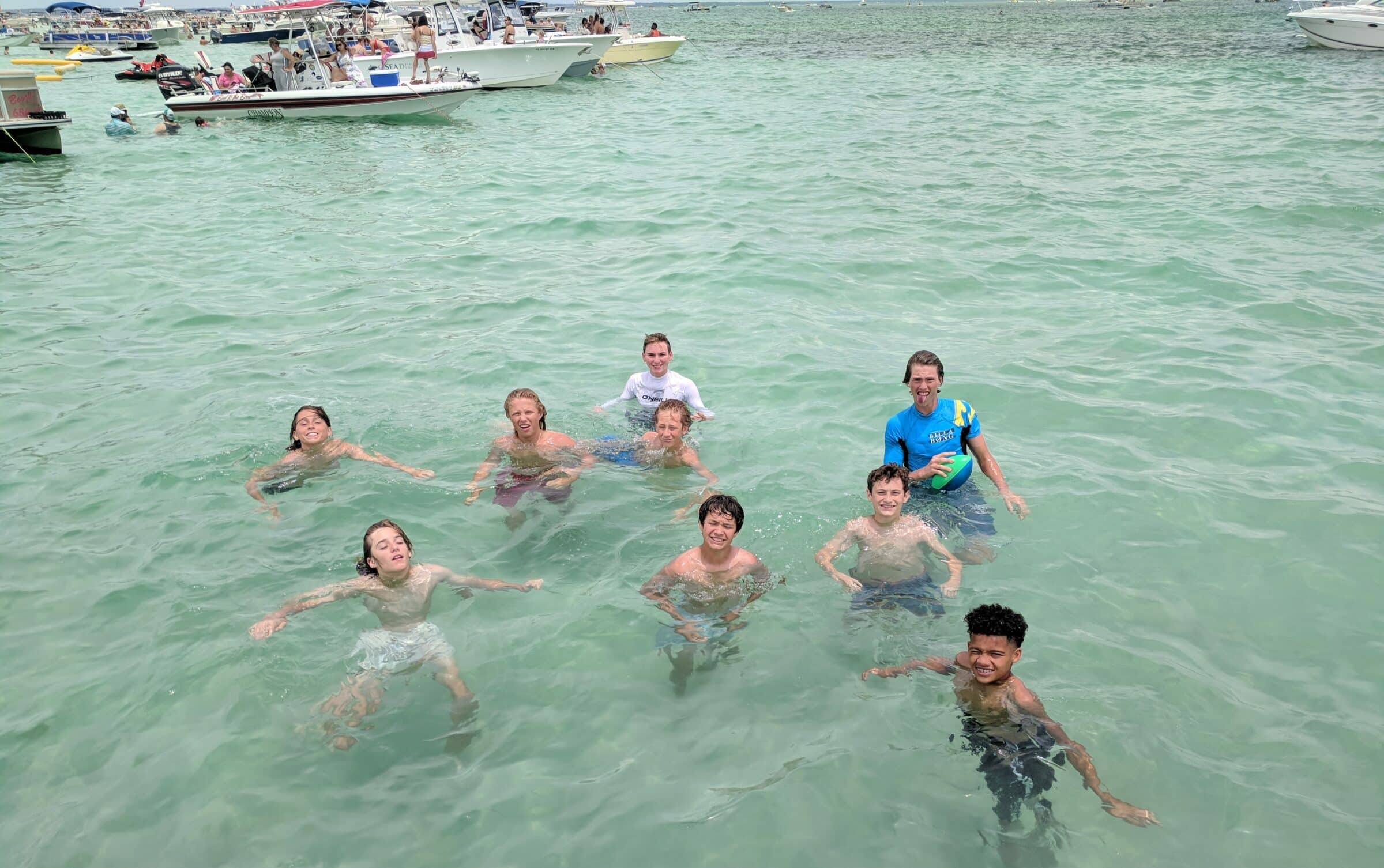 Are you vacationing in Destin Florida and looking for fun things to do? Crab Island is one of the most fun things to do in Destin and is a favorite place with the locals and tourists. Smile N Wave Sailing Adventures is booking Crab Island Charters, and our spots are filling up fast.  We want to tell you more about this beautiful spot we all love and share a little history.

The first thing to know about Crab Island is that it is not an island anymore. Crab Island was once two small islands made by the Army Corps Engineers. They built the islands with sand dredging from the East Pass. It became home to sea shrubs and many birds and became known as Bird Island to some locals.

Hurricane Eloise hit Destin in 1974 and washed away the islands. Eventually, a sandbar started to form many years later after more storms. Today, the sandbar is known as Crab Island because of its crab shape when viewing it from above. Today it is a great place to anchor your boat and enjoy the water. Because it is a sandbar, the depth changes with the high and low tides.

If you are traveling with friends, this is the happening spot to catch some sun and have an enjoyable time. Although Crab Island is a favorite party spot, not everyone is there to drink. It is also an excellent place for a family adventure. If you have small children, we can find a quieter area away from the rowdy crowds so you can have age-appropriate fun with the little ones. Crab Island offers a variety of floating eateries, beverages and even a Water Park with slides and bouncy floats for kids to enjoy. The food options range from restaurant-style menus to snacks like hot dogs and ice cream.

Because of the changing tides and currents, walking to Crab Island is impossible. The only access to the area is by boat or jet ski. Chartering our Sailing Catamaran will provide you with a ride to Crab Island. Once we get there, you can get off the vessel and enjoy yourselves. If you are ready to schedule your Crab Island Adventure, Contact Us. Please like and follow us on Facebook to stay up to date on our Sailing Images and info about our charters. See you aboard the Smile N Wave.